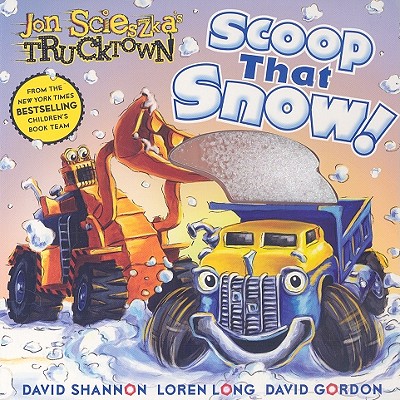 Come along on a snow-filled adventure with Payloader Pete and Dump Truck Dan! Each spread includes a die-cut that gradually reveals a big, gigantic pile of sparkling snow on the last page! With an addtional acetate window filled with fluffy snow embedded on the cover, Trucktown fans will have endless winter fun scooping up snow again and again with everyone's favorite trucks.