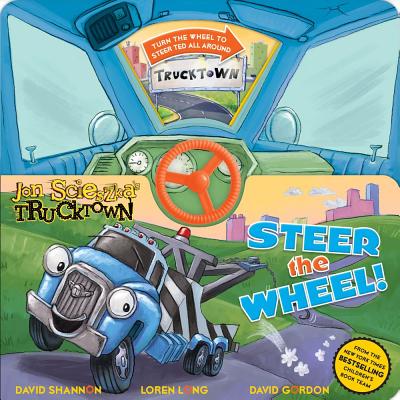 Monster Truck Max is about to stack barrels to the MAX at the Monster Truck Rally, but Tow Truck Ted is the only one that shows up. Kids can steer Ted in the right direction to help find the rest of the Trucktown crew. This fun format features a plastic steering wheel that kids can turn.