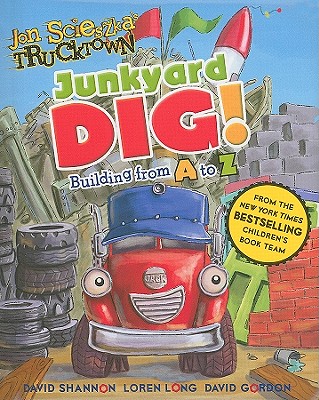 Building from A to Z (Jon Scieszka's Trucktown)

Join the Trucktown crew as they build the biggest play fort Trucktown has ever seen! Jack Truck, Dump Truck Dan, Max, Rosie, and the rest of the gang smash, bash and crunch their way through the junkyard finding building materials from A to Z in this all new Trucktown adventure! This padded board book is perfect for the youngest of Trucktown fans!