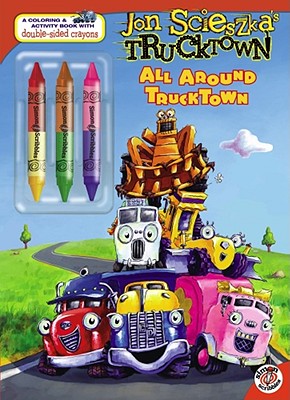 Rev your engines for another rip-roaring adventure in All Around Trucktown, a coloring & activity book that comes with 3 double-sided crayons perfect for on-the-road fun!

David Gordon has done visual development for numerous production companies from Lucasfilm to Pixar, including Toy Story; Monsters, Inc.; A Bug’s Life; Cars; BlueSky’s Robots; and Nickelodeon’s Spongebob Squarepants. He’s also written and illustrated several picture books, among them Hansel and Diesel, The Three Little Rigs, The Ugly Truckling, and Smitten. He’s one of the illustrators of Jon Scieszka’s fifty-two-book, New York Times bestselling series, Trucktown. Visit him at IllustratorRanch.com.
or support indie stores by buying on
(This book is on backorder)
Copyright © 2020 American Booksellers Association