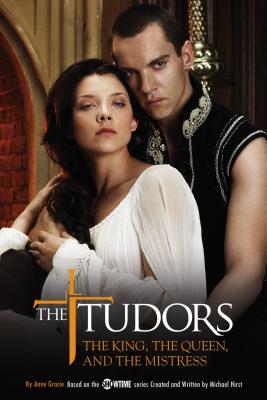 The King, the Queen, and the Mistress

A king torn between two women could lead to a kingdom torn.

Troubled by religious unrest in his kingdom and changing alliances with other countries, weighing most on King Henry VIII of England's mind is his impending divorce to Queen Katherine of Aragon. The matter is of extreme urgency, as the king desires an heir and has just met the woman who holds his destiny -- Lady Anne Boleyn, eighteen and in the flower of youthful beauty. But was their meeting by chance, or part of a plan devised by her father for the furthering of his family?

As the new romance blooms, it causes heartache for the queen and headaches for the king's personal chaplain, Cardinal Wolsey, who once worked on behalf of the kingdom to organize diplomatic talks, but now toils to obtain the Church's approval for the king's divorce. As loyalties are questioned and the Church's influence is threatened by the emboldened king, the fate of the kingdom lies in the balance.

An irresistible story of love, lust, ambition, and political intrigue, this novelization of season one of The Tudors introduces us to a young, virile king of one of the most powerful nations in the world, and the women who will cause him to forever alter the course of history.

Praise For The Tudors: The King, the Queen, and the Mistress…

Highly readable and very entertaining. This novelization hits the show's scandalous entanglements, teases out its conspiracies, and does justice to its violent beauty.