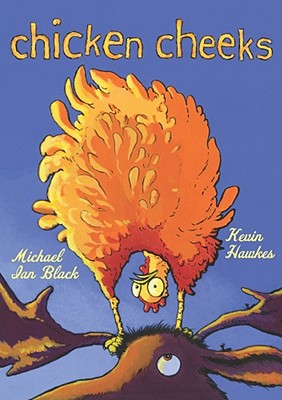 Some bears will go to any length to get some honey. This one recruits every animal that comes along to form, well, a stack. The result? Tail of the duck to the gluteus maximus of the duck-billed platypus (with many other rears in between). Readers will giggle with delight at the bird's eye view of some hysterical animal bottoms. Follow this back-sided journey up the tree - where the real surprise awaits. The pairing of Black's minimal text with Hawkes's visual story line will keep you chuckling from the bottom up.

Kevin Hawkes has illustrated more than forty books for children, included the New York Times bestseller The Library Lion, Weslandia, Michael Ian Black’s A Pig Parade Is a Terrible Idea, and Santa in Cincinatti. He lives in Southern Maine, where he can be found wandering aimlessly in his garden, unless forced indoors, where he creates imaginary landscapes with cobalt blue skies.
Loading...
or support indie stores by buying on