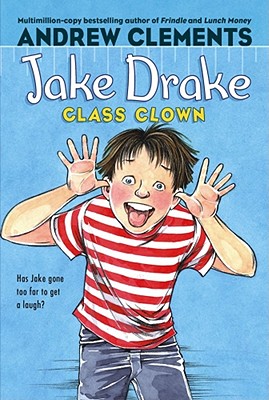 Miss Bruce is the new student teacher in second grade, and she never smiles. Never. But when Jake cracks up the class during a spelling bee, he sees the tiniest hint of a smile at the corner of her mouth. Suddenly, Jake has a new mission in life: to be so funny that even Miss Bruce will laugh!

But then things get out of hand, and Jake finds himself in big trouble. Has Jake discovered -- too late -- that not everybody loves a clown?