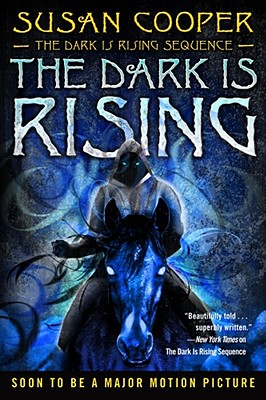 "WHEN THE DARK COMES RISING, SIX SHALL TURN THEM BACK...."

When Will Stanton wakes up on the morning of his birthday, he discovers an unbelievable gift -- he is immortal. Bemused and terrified, he finds he is the last of the Old Ones, magical men and women sworn to protect the world from the source of evil, the Dark.

At once Will is plunged into a quest to find six magical Signs to aid the powers of the Light. Six medallions -- iron, bronze, wood, water, fire, and stone -- created and hidden by the Old Ones centuries ago. But the Dark has sent out the Rider: evil cloaked in black, mounted upon a midnight stallion, and on the hunt for this youngest Old One, Will. He must find the six great Signs before the Dark can rise, for an epic battle between good and evil approaches.

"Susan Cooper is one of the few contemporary writers who has the vivid imagination, the narrative power, and the moral vision that permit her to create the kind of sweeping conflict between good and evil that lies at the heart of all great fantasy. Tolkien had it. So did C. S. Lewis. And Cooper writes in the same tradition." -- Psychology Today