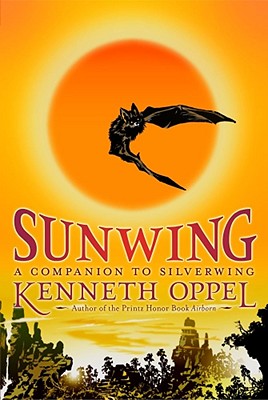 When eternal darkness threatens to invade, Shade and Marina must journey to the far southern jungle to save the world in this thrilling sequel to Silverwing.

Shade, a young Silverwing bat in search of his father, discovers a mysterious Human building containing a vast forest. Home to thousands of bats, the indoor forest is as warm as a summer night and teeming with insects to eat. And through the glass roof, the bats can finally see the sun, free from the tyranny of the deadly owls.

Is this Paradise the fulfillment of Nocturna’s Promise to return the bats to the light of day? Shade and his Brightwing friend Marina aren’t so sure. Shade has seen Humans enter the forest and take away hundreds of sleeping bats for an unknown purpose. And where is Shade's father?

It isn’t long before Shade and Marina are swept up on a perilous journey that takes them to the far southern jungle—the homeland of Goth, now king of all the Vampyrum Spectrum: cannibal bats with three-foot wingspans. With the help of an abandoned owl prince and General Cortez’s rat army, Shade must use all his resourcefulness to find his father—and stop Goth from harnessing the dark powers of Cama Zotz to create eternal night.

In this continuation of Shade’s saga, Kenneth Oppel recaptures the adventure and poignancy of Silverwing, which Smithsonian magazine called “a tour-de-force fantasy,” and takes it to a new level of excitement.

Praise For Sunwing (The Silverwing Trilogy)…

“The plot is fast-ppaced and the characters well-defined.”
— VOYA