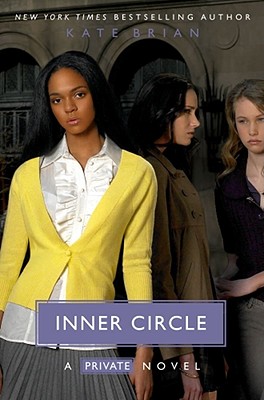 Kate Brian, Julian Peploe (From an idea by)

Reed Brennan arrived at Easton Academy expecting to find an idyllic private school experience -- challenging classes, adorably preppy boys, and a chance to create a new life for herself. Instead, she discovered lies, deception, blackmail, and...murder. But, thankfully, the killers were caught and the nightmare is finally over.

Now, with a new school year ahead of her, Reed steps back on Easton's ivy-covered campus ready to start over. So when the headmaster announces that billings is forbidden from holding their traditional, secretive initiation, Reed is relieved. She champions the new rules and the six new girls the administration has picked to live in Billings Hall: Constance, Missy, Lorna, Kiki, Astrid, and newcomer Sabine.

But Reed's fellow Billings resident and new nemesis, Cheyenne Martin, believes the changes are a mockery of Billings history. Despite the new rules, Cheyenne vows to keep the old ways alive, no matter what -- or who -- stands in her way...

Kate Brian is the author of the NY Times and USA Today best-selling Private series and it's spin-off series, Privilege. She has also written many other books for teens including Sweet 16 and Megan Meade's Guide to the McGowan Boys.
Loading...
or
Not Currently Available for Direct Purchase