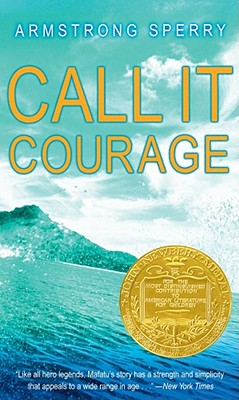 Mafatu has been afraid of the sea for as long as he can remember. Though his father is the Great Chief of Hikueru - an island whose seafaring people worship courage - Mafatu feels like an outsider. All his life he has been teased, taunted, and even blamed for storms on the sea.

Then at age fifteen, no longer willing to put up with the ridicule and jibes, Mafatu decides to take his fate into his own hands. With his dog, Uri, as his companion, Mafatu paddles out to sea, ready to face his fears. What he learns on his lonesome adventure will change him forever and make him a hero in the eyes of his people.