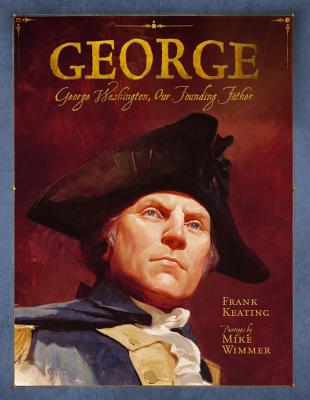 As a boy, with the help of his teachers, George Washington created a list of the values of civility that he wanted to live by:

1. When another speaks, be attentive yourself and disturb not the audience.
2. Associate yourself with men of good quality if you esteem your own reputation, for ’tis better to be alone than in bad company.

This richly illustrated picture book is based on that little-known historical document and chronicles George Washington’s life from boyhood to his extraordinary leadership position as the first President of the United States of America.

"By the age of 15, George Washington had written out a list of precepts taught to him by his teachers, the “Rules of Civility and Decent Behaviour in Company and Conversation,” by which he lived and was guided throughout his life.
Excerpts from this little-known historical document appear throughout this stolid picture-book biography of our first president, in which Washington describes some salient details of his life and career in the first person... Wimmer’s paintings are masterful and dramatic ..." Kirkus Reviews

"Wimmer’s handsome, detailed paintings invite readers into Washington’s world. Period costume, furnishings, and weaponry, along with lifelike portraits of the subject at every age, enrich and inform the narrative. Each spread includes an illustration on the verso and text on aged parchment opposite. A first purchase." --School Library Journal, January 2012

Frank Keating has held many positions in public office, including Assistant Secretary of the Department of the Treasury and Associate Attorney General of the United States. He was elected Governor of Oklahoma in 1995 and completed his term in January of 2003. He lives in Oklahoma.

Mike Wimmer has illustrated many books for children, including Home Run: The Story of Babe Ruth by Robert Burleigh, which was named an ALA Notable Children’s Book and was called a “grand slam” in a starred review in Publishers Weekly. He also illustrated Flight: The Journey of Charles Lindbergh by Robert Burleigh, which received the Orbis Pictus Award for nonfiction. He lives in Georgia with his family.
Loading...
or
Not Currently Available for Direct Purchase