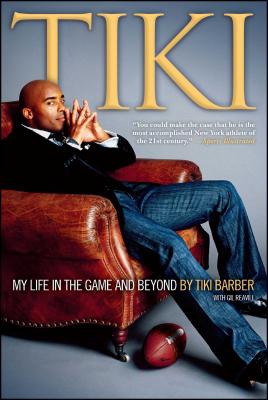 My Life in the Game and Beyond

Tiki Barber, former running back for the New York Giants and current Today show correspondent, has seemingly led a charmed life. Whether on the field or in front of the camera, the Smiling Giant makes everything look easy. But it has taken a lot of motivation, hard work, and help from those around him to get where he is today.

Here, he recounts his extraordinary life to date—being raised in semi-rural Virginia alongside his twin brother, Ronde, by a strong single mother who made every sacrifice to make sure her boys had all the tools they needed to succeed in life; getting drafted in 1997 by the Giants, where he eventually became a standout running back after overcoming injuries and flaws in his game with the help of his coaches and teammates; his stellar 2005 season, when he finished the year with 2,390 yards from scrimmage (the second-highest total in NFL history); and the controversies that marred the Giants' 2006 season, including the surprise announcement of his retirement at the age of thirty-one.

As much as Tiki takes you into the locker room, past the sidelines, and onto the field to give you the view from inside the huddle, this book is also an inspirational look at his arduous evolution from ordinary player to elite—on the field and off—and at the amazing people along the way who have helped him achieve his goals. Tiki takes on the role of both the interviewer and the interviewee in special "Tiki Interviews Tiki" sections, as he asks and answers the really tough questions.

Tiki is a riveting, inspiring read for all who want to know what really goes on behind the scenes, and for anyone looking for the strength to step up and follow his or her dreams.

Gil Reavill is a journalist, author, and screenwriter who lives in Westchester County, New York.
Loading...
or support indie stores by buying on