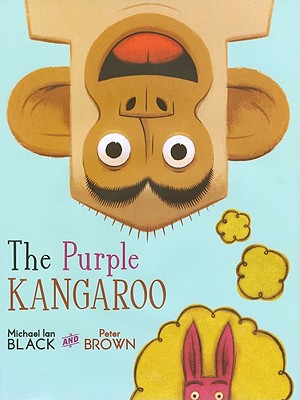 The monkey narrator in this humorous picture book gaurantees that he can READ YOUR MIND. What begins as a simple request to imagine the most spectacular thing in history turns into the story of a roller-skating, bubble-blowing purple kangaroo searching for his dear friend Ernesto on the moon. So by the time you finish this book, there's no chance you will be thinking of anything BUT the purple kangaroo.

Peter Brown is the author of Children Make Terrible Pets and the critically acclaimed artist of Chowder and Flight of the Dodo. He is a graduate of the Art Center College of Design in Pasedena, California. He now lives in Brooklyn, New York. Visit Peter at PeterBrownStudio.com.
or support indie stores by buying on
(This book is on backorder)
Copyright © 2020 American Booksellers Association