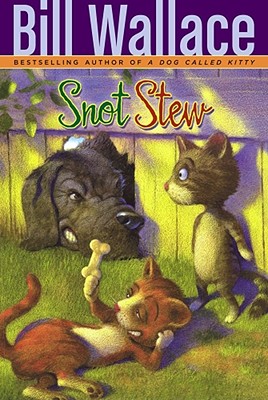 The game of Snot Stew that Kikki the kitten's young owners play is setting a bad example for Kikki's brother, Toby. He's turning into a bully -- and that spells danger when he starts taunting Butch, the nasty dog on the other side of the fence. Can Kikki keep Toby from getting into big trouble? And will she have the courage to rescue him if he does?