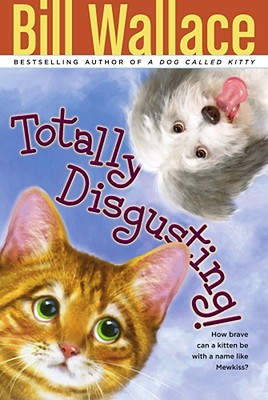 What kind of a name is Mewkiss? The kitten loves his person, Jessica, but he had hoped for a name like Fearless or Ratkiller. It's hard to be brave with such a totally disgusting name. Even Barkus, a know-nothing puppy, calls Mewkiss a coward.

Mewkiss has to be brave, because a family of rats has taken up residence in the basement where Jessica and her brother have a playhouse. And they're planning to attack Jessica! How is a cat named Mewkiss going to find the courage to protect the person he loves?

"Humor, suspense, and some well-imagined sections on life as a kitten. A tale that animal lovers in particular are sure to enjoy."