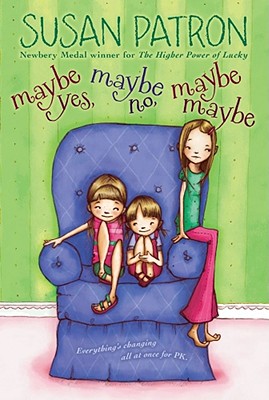 the jam in the sandwich

Sometimes that's how PK feels, squeezed in between her supersmart older sister, Megan, and her superadorable younger sister, Rabbit -- especially now, with Megan almost a teenager and becoming impossible, and Rabbit worrying about going to kindergarten. Why can't people stay the same?

But there's an even bigger change afoot: Mama has decided they should move to a larger apartment. How can they leave behind the big blue chair that's almost like a member of the family? But maybe, just maybe, in a new home PK can find out what makes her as special as her sisters.

Abigail Halpin is an illustrator/graphic designer living in New England who likes bright colors, all things retro, and sharp pencils.