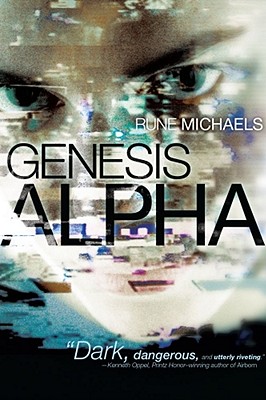 Josh worships his older brother, Max. They look alike, they talk alike, and they both have the same interests, including their favorite massively multiplayer online role-playing game, Genesis Alpha. But Josh and Max have an even deeper connection. Because Josh was born for a reason. It was Josh's stem cells, harvested when Josh was newly born, that saved his dying older brother's life.

Now that same beloved older brother is arrested, accused of the brutal murder of a teenage girl. Josh is bewildered. Is Max really a monster, or is all of this a terrible mistake? And if the worst is true and Max is guilty, does that mean Josh is guilty too? After all, Max wouldn't exist without him. But this is only the beginning. Before long, Josh will come to a number of searing revelations -- revelations that have dire implications not only for Max's future, but for Josh's as well.

Rune Michaels explodes onto the teen literature scene with this gripping, chilling debut -- a compelling picture of the intersection where science, family, and morality collide.

"Genesis Alpha is an intriguing tale of one boy facing devastating revelations about his brother and himself. Grappling with age-old questions about good and evil -- made even more complicated by modern technology -- Max has to come to terms with his own fate, intertwined with his brother's. Or does he?"

-- Margaret Peterson Haddix, author of Among the Hidden

"An adrenaline-charged thriller that also takes a fascinating and unflinching look at some difficult ethical issues, including the origins of good and evil. Genesis Alpha is dark, dangerous, and utterly riveting."

Rune Michaels studied psychology at the University of Iceland and at the University of Copenhagen. Her books include Genesis Alpha, The Reminder, and Nobel Genes. She lives with her family in Reykjavik, Iceland.
Loading...
or
Not Currently Available for Direct Purchase