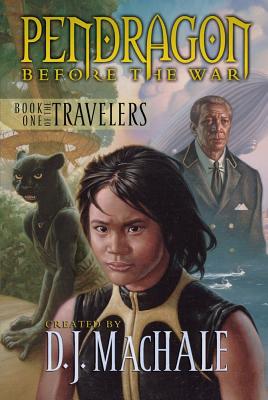 Book One of the Travelers (Pendragon

Every territory of Halla has a Traveler. They lived for years—some even for decades—before learning of their true destiny. What was life like for Bobby Pendragon’s fellow Travelers before they joined him in the fight to save every time and place that has ever existed? What led up to their becoming the guardians of Halla? The answers are here!

In this first of three thrilling Pendragon prequels, read about Vo Spader’s death-defying adventures in the underwater world of Cloral, Gunny Van Dyke’s race to find a murderer in 1930’s Manhattan on First Earth, and the tough challenges Kasha faced on Eelong well before Bobby Pendragon arrived . . .