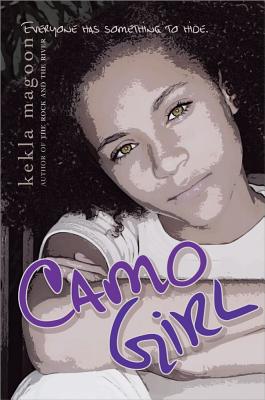 Set in a suburb of Las Vegas, Ella and Zachary, called Z, have been friends forever, but Z has always been “the weird kid” in their class. He collects stubby pencils, plays chess, and maintains an elaborate –and public– fantasy life, starring himself as a brave knight. Z’s games were okay back in 3rd or 4th grade, but by now their other friends have ditched them both. Z doesn’t care, but Ella longs to be part of a group of friends, even though most of the class makes fun of her. Ella’s mother is black and her father (now deceased) was white, and she’s the only black girl in their sixth grade class. When a new boy, Bailey, moves to town, he befriends Ella, because they are now the only two black kids in class. But Bailey is popular – popular enough to make Ella cool and give her a wider circle of friends – but only if she stops hanging out with Z. Ella’s faced with a difficult decision – remain loyal to the boy who has been her best and only friend for years, or pass up the opportunity to be one of the popular kids that she has always longed to be.

Kekla Magoon has worked with youth-serving nonprofit organizations in New York City and Chicago. She holds an MFA in writing for children from the Vermont College of Fine Arts and her first novel, The Rock and the River, won the Coretta Scott King–John Steptoe Award for New Talent. She resides in New York City and you can visit her at KeklaMagoon.com.
or
Buy Here
Copyright © 2020 American Booksellers Association