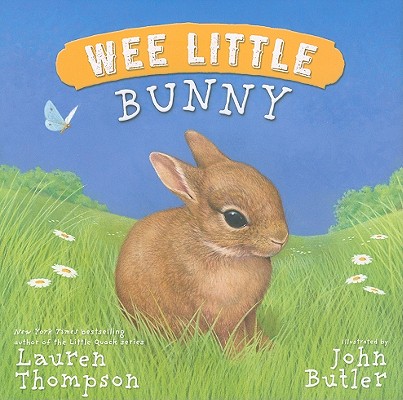 Wee Little Bunny just can’t sit still. It’s not that he doesn’t want to hear the tortoise’s story or play with the fox, but he can’t seem to stay in one place long before he has to hop, hop, hop off and play. The only person who can get him to calm down is his mama, and when she does, he gets to tell her all about his busy day!

Lauren Thompson is the author of several picture books, including the popular Mouse’s First series, Little Quack series, and the Wee Little series. She is also the author of the critically acclaimed The Apple Pie That Papa Baked as well as Leap Back Home to Me; Chew, Chew, Gulp!; and Hop, Hop, Jump! She lives with her husband and son in Brooklyn, New York.

John Butler has illustrated more than forty books for children, including Little Chick, Little Bunny, A Mama for Owen, and While You Were Sleeping. He has worked for Sesame Street and Time magazine and resides in the United Kingdom.
Loading...
or support indie stores by buying on