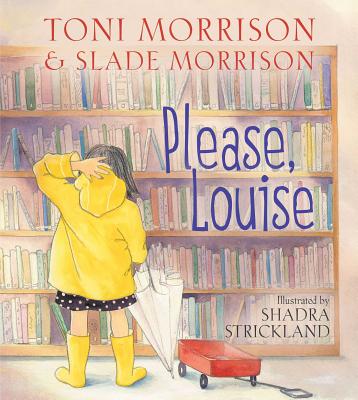 A library card unlocks a new life for a young girl in this picture book about the power of imagination, from Nobel Prize–winning author Toni Morrison.

On one gray afternoon, Louise makes a trip to the library. With the help of a new library card and through the transformative power of books, what started out as a dull day turns into one of surprises, ideas, and imagination!

Inspired by Pulitzer Prize–winning author Toni Morrison’s experience working in a library as a young girl, this engaging picture book celebrates the wonders of reading, the enchanting capacity of the imagination, and, of course, the splendor of libraries.