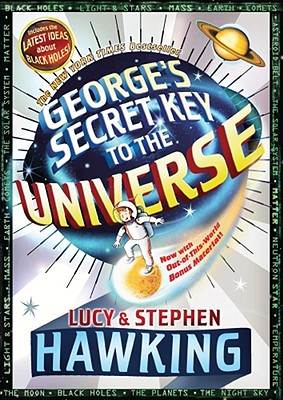 George's Secret Key to the Universe

In their bestselling book for young readers, noted physicist Stephen Hawking and his daughter, Lucy, provide a grand and funny adventure that explains fascinating information about our universe, including Dr. Hawking's latest ideas about black holes. It's the story of George, who's taken through the vastness of space by a scientist, his daughter, and their super-computer named Cosmos. George's Secret Key to the Universe was a New York Times bestseller and a selection of Al's Book Club on the Today show.

"A relief for the science-deficient parent in need of a little extra help."
— New York Magazine