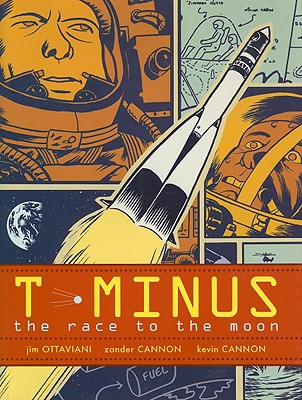 What happens when you take two global superpowers, dozens of daring pilots, thousands of engineers and scientists, and then point them at the night sky and say "Go!"?

The whole world Followed the countdown to sending the first men to the moon. T-Minus: The Race to the Moon is the story of the people who made it happen, both in the rockets and behind the scenes.

Jim Ottaviani, a former engineer who is now a librarian at the University of Michigan, has garnered numerous nominations and awards (including Eisner and ALA/YALSA nods) for his graphic novels about science. He speaks regularly on comics in venues ranging from local schools to Stockholm’s Nobel Museum. Jim lives in Ann Arbor, Michigan.
Loading...
or
Not Currently Available for Direct Purchase