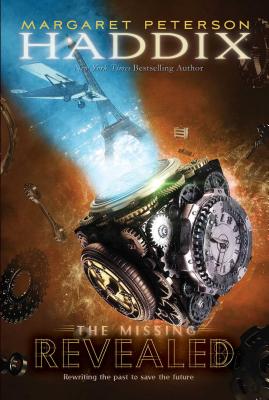 After a mysterious appearance by Charles Lindbergh, it’s up to Jonah to save his town in the seventh book of the New York Times bestselling The Missing series, which Kirkus Reviews calls “plenty of fun and great for history teachers as well.”

"Haddix offers enough recap so that new readers can jump into this as a standalone novel, but most will want to start at the beginning. A must-buy where this series continues to draw in fans."
— School Library Journal

Margaret Peterson Haddix is the author of many critically and popularly acclaimed YA and middle grade novels, including the Children of Exile series, The Missing series, the Under Their Skin series, and the Shadow Children series. A graduate of Miami University (of Ohio), she worked for several years as a reporter for The Indianapolis News. She also taught at the Danville (Illinois) Area Community College. She lives with her family in Columbus, Ohio. Visit her at HaddixBooks.com.
or support indie stores by buying on