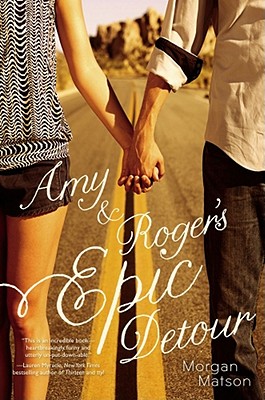 “This is an incredible book—heartbreakingly funny and utterly un-put-down-able.” --Lauren Myracle, New York Times Bestselling author of Thirteen and TTYL

"One of the most touching, irresistible, and feel-good road trips I've been on in a long, long while. AMY & ROGER is a book to love." --Deb Caletti

* "A near perfect summer read that should leave readers with a thirst for travel and romance." --Publishers Weekly, starred review

"This entertaining and thoughtful summertime road trip serves up slices of America with a big scoop of romance on the side." --Kirkus