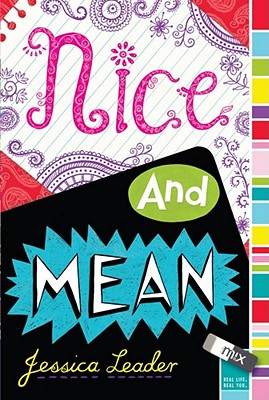 “This is the story of two girls from opposite sides of the proverbial tracks (or boroughs, since this is set in New York City) who are paired together for a video project that makes both girls look a little inside themselves to see what's truly important. Well-written, insightful and a lot of fun to read!”
— Andy Terrell, Destinations Booksellers, New Albany, IN
View the List

Marina is mean. Sachi is nice. Marina is Barney’s. Sachi is Burlington Coat Factory. It’s bad enough they’re forced to coexist in their middle-school’s high-profile video elective—but now they’re being forced to work together on the big semester project. Marina’s objective? Out her wannabe BFF as a fashion victim to the entire middle school. Sachi’s objective? Prove that she’s not just the smiley class pencil-lender and broaden her classmates’ cultural horizons. Work together in harmony? Yeah, that would be a "no." How can Sachi film something meaningful, and Marina, something fabulous, if they’re yoked to each other?

Praise For Nice and Mean (mix)…

What’s in and what’s out? When is originality cool? Popularity and diversity are at the heart of the drama in this story of middle-school peer pressure. Sachi Parikh lies to her parents so that she can ditch Test Prep for Video class, where she works with Marina Glass, who wants to expose a bully on film. The story’s many clothing details will date quickly, but middle-school readers, whether they’re from the in-crowd or outsiders, will recognize the classroom-jungle warfare and the big issues behind what they decide to wear. - BOOKLIST, July 1, 2010