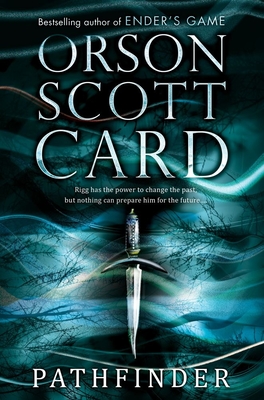 From the author of Ender’s Game, now a major motion picture, comes the first novel in the Pathfinder Trilogy!

Rigg is well trained at keeping secrets. Only his father knows the truth about Rigg's strange talent for seeing the paths of people's pasts. But when his father dies, Rigg is stunned to learn just how many secrets Father had kept from him—secrets about Rigg's own past, his identity, and his destiny. And when Rigg discovers that he has the power not only to see the past, but also to change it, his future suddenly becomes anything but certain.

Orson Scott Card is the author of numerous bestselling novels and the first writer to receive both the Hugo and Nebula awards two years in a row; first for Ender’s Game and then for the sequel, Speaker for the Dead. He lives with his wife and children in North Carolina.
Loading...
or
Not Currently Available for Direct Purchase