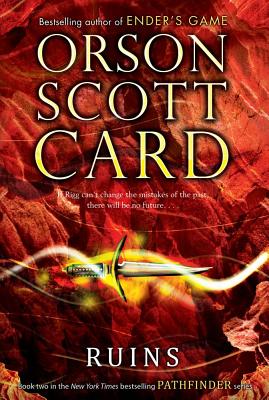 When Rigg and his friends crossed the Wall between the only world they knew and a world they could not imagine, he hoped he was leading them to safety. But the dangers in this new wallfold are more difficult to see. Rigg, Umbo, and Param know that they cannot trust the expendable, Vadesh—a machine shaped like a human, created to deceive—but they are no longer certain that they can even trust one another. But they will have little choice. Because although Rigg can decipher the paths of the past, he can’t yet see the horror that lies ahead: A destructive force with deadly intentions is hurtling toward Garden. If Rigg, Umbo, and Param can’t work together to alter the past, there will be no future.

Orson Scott Card is the author of numerous bestselling novels and the first writer to receive both the Hugo and Nebula awards two years in a row; first for Ender’s Game and then for the sequel, Speaker for the Dead. He lives with his wife and children in North Carolina.
Loading...
or support indie stores by buying on