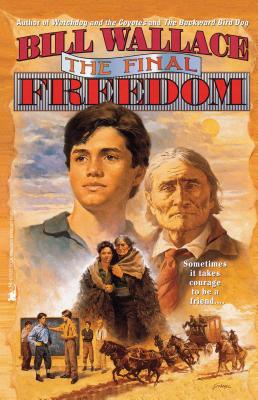 Making unexpected friends with a legendary Apache Indian, Will Burke is in for the adventure of his lifetime as he learns how to navigate the Wild West with the help of his new warrior acquaintance.

Will Burke is daydreaming about Nate’s wonderful shotgun when he runs smack-dab into the fiercest brave of them all, Geronimo! Terrified, he lashes out against the mighty warrior, who’s amused—and impressed.

The boy is braver than the army of soldiers who have captured Geronimo after his fifteenth escape from the White Man’s reservation… and that won’t be his last. Will finds an unexpected friend when Geronimo saves his life in a deadly ice storm, then teaches him how to survive and fight back against bullies like Nate.

It isn’t until Geronimo takes Will on an unforgettable Wild West adventure at the St. Louis World’s Fair that he finally tells Will what he must do in return, and it turns out to be the hardest thing Will has ever had to do…