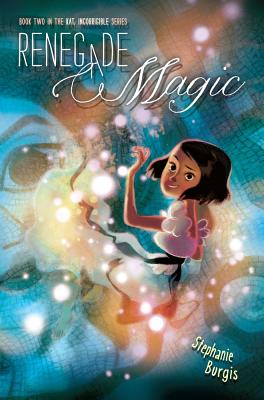 The feisty Kat Stephenson is back in the second installment of the Regency era magical trilogy Kirkus Reviews calls “enjoyable mayhem.”

Nowhere in England is safe from the mischief and magic of Kat Stephenson: Her eldest sister has finally wed, but when a scandalous accusation threatens the marriage prospects of Kat’s second sister, Angeline, Stepmama swiftly whisks the family away to Bath in an attempt to outrun the gossip and betroth Angeline to a respectable suitor. Meanwhile, Kat’s utter lack of ladylike propriety has prompted the powerful Lord Ravenscroft to expel her from the magical Order of Guardians—before her training has even begun! Anger and exile aside, Kat knows something is not quite right about Lord Ravenscroft. Her insatiable curiosity and fierce loyalty to her family will have readers rooting for her all the way as Kat attempts to reunite Angeline with her true love and prove that she has what it truly takes to be a Guardian.

"Kat Stephenson, incorrigible as ever, returns to sow more magical chaos in a Regency England where families tainted by witchcraft are shunned in polite Society...this rollicking tale is neither historical fiction nor literary retread. Recommended for readers who like their fantasy seasoned with feisty characters and nonstop action."

"This fast-paced fantasy will keep readers on the edge of their seats. Tweens will sympathize with her struggles to control her impulses and gain respect from the adults in her life. Though this is the second volume in a series, it stands well on its own, and the research into early-19th-century England shines through without detracting from the nimble plotting. This combination of history and fantasy is sure to please.”

“Regency romance meets Harry Potter with a strong jolt of twenty-first-century feminism in this second novel in the Kat, Incorrigible series….The lovely details—Roman baths, detailed costumes, and the seamy underside of Oxford student life—will have readers swooning all over again.”

"Kat is a feisty heroine.... She is fiercely loyal, stubborn, funny, and incredibly likable. Readers will root for her throughout her magical adventures. This imaginative and original series set in Regency-era England will appeal to fans of historical fiction, romance, fantasy, and adventure. Renegade Magic will leave readers clamoring for the third and final installment of Kat's adventures."

“Kat Stephenson returns for more magical adventures in Regency England in this diverting middle-grade fantasy novel, sequel to Kat, Incorrigible…. All together, a fun romp for fantasy and Regency fans of all ages.”