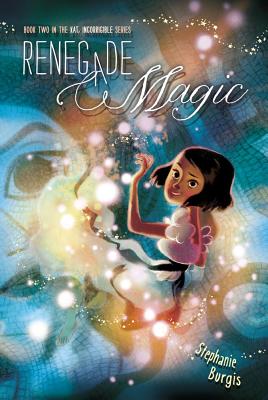 Is Kat’s untrained magic strong enough to prove she has what it takes to be a true Guardian? Find out in this second book of Stephanie Burgis’s Regency-era fantasy trilogy.

Nowhere in England is safe from the mischief and magic of Kat Stephenson.

With her eldest sister finally married, it seems things are settling down for Kat. But when a scandalous accusation threatens her second sister Angeline’s prospects, Stepmama swiftly whisks the family away to Bath in an attempt to outrun the gossip and engage Angeline to a respectable suitor. Meanwhile, Kat’s utter lack of ladylike propriety has prompted the powerful Lord Ravenscroft to expel her from the Order of Guardians before her training has even begun!

Anger and exile aside, Kat knows something is not quite right about Lord Ravenscroft. And when her foolish brother Charles unwittingly invokes the furious force of Sulis Minerva at the King’s and Queen’s Baths, endangering vulnerable cousin Lucy and himself in the process, it’s up to Kat to rescue her family, find Angeline a proper husband, and prove she has the true dignity of a Guardian.

Stephanie Burgis is the author of Masks and Shadows. She has published over thirty short stories for adults. Kat, Incorrigible (US)/A Most Improper Magick (UK) won the Waverton Good Read Children's Award in 2011 for Best Début Children's Novel by a British writer. It was followed by Renegade Magic/A Tangle of Magicks and Stolen Magic/A Reckless Magick. Born in Michigan, she now lives in Wales with her husband, writer Patrick Samphire, and their children. Before becoming a fulltime writer, she studied music history as a Fulbright Scholar in Vienna, Austria, and worked as a website editor for a British opera company.
Loading...
or support indie stores by buying on