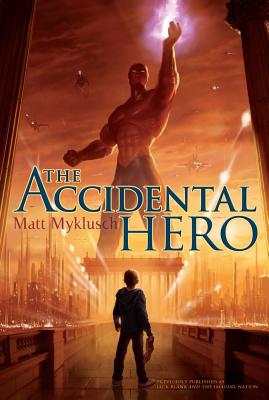 Fans of Brandon Mull and James Riley will love this middle grade fantasy trilogy about a regular kid who discovers that the truth about his past could be the answer to saving the future.

All Jack Blank knows is his bleak, dreary life at St. Barnaby’s Home for the Hopeless, Abandoned, Forgotten, and Lost, an orphanage that sinks more and more into the swampland of New Jersey with each passing year. His aptitude tests project him as spending a long, unhappy career as a toilet brush cleaner. His only chance at escape comes through the comic books donated years ago to the orphanage that he secretly reads in the dark corners of the library. Everything changes one icy gray morning when Jack receives two visitors that alter his life forever. The first is a deadly robot straight out of one of his comic books that tries its best to blow him up. The second is an emissary from a secret country called the Imagine Nation, an astonishing place where all the fantastic and unbelievable things in our world originate—including Jack. Jack soon discovers that he has an amazing ability—one that could make him the savior of the Imagine Nation and the world beyond, or the biggest threat they’ve ever faced.

Praise For The Accidental Hero (A Jack Blank Adventure #1)…

Matt Myklusch's "Jack Blank and the Imagine Nation" is a great novel that feels a lot like the "Harry Potter" series, except instead of magic and wizards, it deals with superheroes and supervillains.”—MTV.com

Matt Myklusch lives in New Jersey with his wife and two sons.
Loading...
or support indie stores by buying on