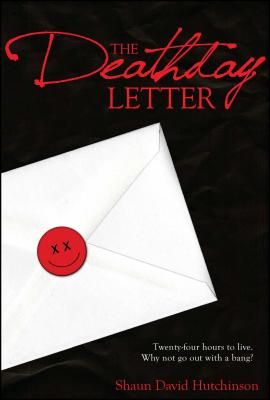 Ollie can’t be bothered to care about anything but girls until he gets his Deathday Letter and learns he’s going to die in twenty-four hours. Bummer.

Ollie does what he does best: nothing. Then his best friend convinces him to live a little, and go after Ronnie, the girl who recently trampled his about-to-expire heart. Ollie turns to carloads of pudding and over-the-top declarations, but even playing the death card doesn’t work. All he wants is to set things right with the girl of his dreams. It’s now or never...