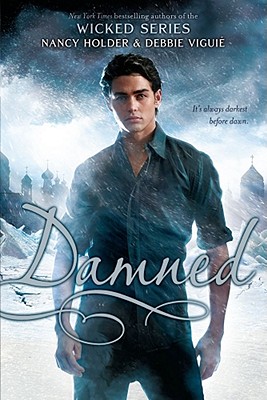 There is a fine line between love and sacrifice….

Antonio would do anything for his beloved fighting partner Jenn. He protects her, even suppresses his vampire cravings to be with her. Together, they defend humanity against the Cursed Ones. But tensions threaten to fracture their hunting team and his loyalty—his love—is called into question.

Jenn, the newly appointed Hunter, aches for revenge against the Cursed One who converted her sister. And with an even more sinister power on the rise, she must overcome her personal vendettas to lead her team into battle.

Antonio and Jenn need each other to survive, but evil lurks at every turn. With humanity’s fate hanging in the balance, they must face down the darkness…or die trying.

Debbie Viguié’s Simon Pulse books include the New York Times bestselling Wicked series and the Once upon a Time novels Violet Eyes, Scarlet Moon, and Midnight Pearls. She lives in Florida with her husband, Scott. Visit her at DebbieViguie.com.

"This globetrotting supernatural adventure is fueled by tight sequencing, a sprawling international cast, cross-species romance, and high-stakes conflict. A robust addition to a crowded genre." --PublishersWeekly.com