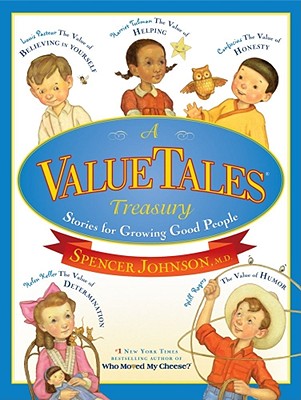 In these Imaginographies, youngsters get to imagine how famous people from history might have listened to themselves—to their True Voice, that voice inside each of us that gives us our best thoughts. And by example, children are encouraged to listen to their own True Voice and act on it.

Based on the original stories, which sold more than 10 million hardcover copies, these new ValueTales® have been reimagined and reillustrated to appeal to a new generation of children. Whether you’re an adult who grew up with the original ValueTales® or you’re discovering them for the first time, you’ll enjoy sharing these universal values and helping children grow into good people—one story at a time.

Dan Andreasen is the illustrator of numerous picture books, including By the Dawn’s Early Light: The Story of the Star-Spangled Banner by Steven Kroll, which was named an ABA Kids’ Pick of the Lists and a Notable Children’s Trade Book in the Field of Social Studies; A Quiet Place by Douglas Wood; and Sailor Boy Jig by Margaret Wise Brown. He has also authored several picture books, including With a Little Help from Daddy and A Special Day for Mommy. Dan lives with his family in Medina, Ohio.