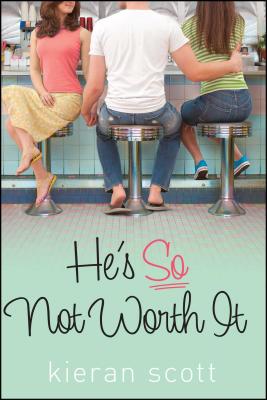 He's So Not Worth It (The He's So/She's So Trilogy)

A summer on the Jersey Shore comes with complications aplenty in this second installment of the He’s So/She’s So trilogy.

As Ally Ryan learned in She’s So Dead to Us, hoping for the best doesn’t always work out. Her old “friends” in Orchard Hill still hated her, and falling hard for Jake Graydon didn’t help, since he managed to let her down more than anyone.
So when Ally has to choose where to spend the summer, she opts to put up with her mom’s new boyfriend and hang out at the Jersey Shore instead of sticking around Orchard Hill, where Jake has decided to stay. Summer at the beach isn’t all bad, especially when Ally gets involved with a local bad boy. But back in Orchard Hill, Jake is spending more and more time with Chloe, and his interest in Ally may be put to the ultimate test….
Sunshine and secrets fill the pages of this second book in a popular trilogy.