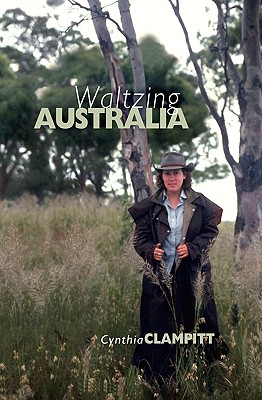 Waltzing Australia was born out of a dream-and a journey. After walking away from her corporate career, Cynthia Clampitt headed to Australia, to start over, to write, and to test the limits of what she could do. Waltzing Australia recounts that joyous adventure. It is a story about change and about making dreams come true. But more than that, it is about Australia: the history, legends and art, both European and Aboriginal; the beauty, the challenge, the people, the land. From Sydney to Perth, Tasmania to Darwin, tropics to desert, city to wilderness, Clampitt carries the reader along on an exhilarating grand tour of a fascinating country. With a writing style reminiscent of Annie Dillard, she captures the essence of the land Down Under and invites others to fall in love with Australia.

Fresh out of college, Cynthia Clampitt headed for corporate America. However, though she enjoyed considerable success at two major international corporations, after ten years, it was clear to her that this was not where she belonged. She wanted to write-and she wanted to get as far away as possible from the temptation to remain in the corporate world. Australia was a lifelong interest, and it seemed to be the best, and farthest, place to start over. Clampitt headed for Australia with little more than a suitcase, dreams, and a six-month visa. By the time she left, she had circled and crossed the continent, covering nearly 20,000 miles. Back home again, Clampitt built a new career around her passions of writing, history, travel, and food-though that rebuilding took a few years and a lot of very frugal living. Today, Clampitt is a successful freelance writer, world traveler, and culinary historian. Her clients range from magazines to educational publishers to Colonial Williamsburg. Clampitt has returned several times to Australia, but the sense of adventure awakened during her first visit Down Under has also taken her to Mongolia, Morocco, India, Iceland, Turkey, Tibet, Vietnam, Ecuador, China, and more than a dozen other countries. The dream of starting over came at a price-but the dream has come true.
Loading...
or support indie stores by buying on