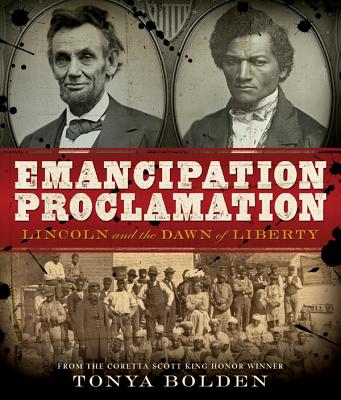 Lincoln and the Dawn of Liberty

"The language soars, powerfully communicating not just the facts about the Emancipation Proclamation but its meaning for those who cared most passionately."
—Booklist, starred review

"Bolden tackles these questions in a richly illustrated overview of the lead-up to the Proclamation, organizing and reiterating information already familiar to many middle-schoolers, while introducing material that will probably be eye-opening to students who have taken their textbook’s version of history at face value."
—The Bulletin of the Center for Children’s Books, starred review

Tonya Bolden has written numerous bestselling books for children and adults, and her work has garnered many awards, including the Coretta Scott King Honor, James Madison Book Award, School Library Journal Best Book of the Year, and YALSA Best Book of the Year. She lives in New York City. Visit tonyaboldenbooks.com.
Loading...
or
Not Currently Available for Direct Purchase