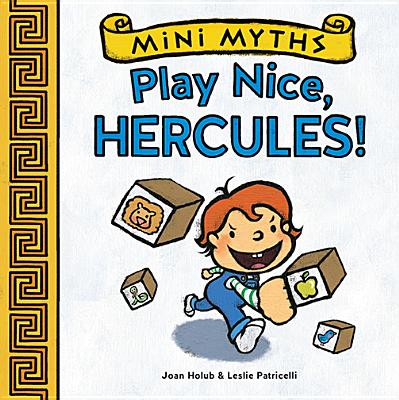 Hercules is not as interested in “playing nice” as he is in playing strong! But when one feat of strength destroys his little sister’s 12-piece tower, he must use his powers for good to restore the tower and seek her forgiveness. She forgives him indeed, and then shows her own strength by gleefully knocking down the stacked blocks herself! Joan Holub’s expertly focused text pairs perfectly with Leslie Patricelli’s famously humorous illustrations. Includes a summary of the original Hercules’s Twelve Labors myth at the end.

Joan Holub is the award-winning, bestselling author of more than 130 children’s books, including the popular series Goddess Girls. She lives in Raleigh, North Carolina.

Leslie Patricelli has published more than 25 books for children, including Yummy Yucky and other titles in the bestselling Bald Baby board-book series. She lives in Ketchum, Idaho.
Loading...
or
Not Currently Available for Direct Purchase