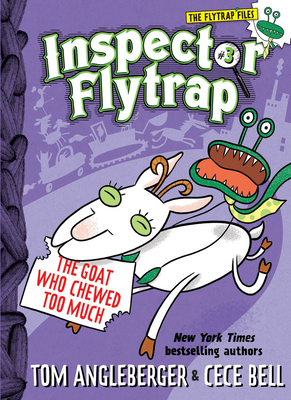 Meet Nina the Goat. She's a goat and Inspector Flytrap's trusty assistant—except when she eats the clues!

Follow along as they solve a train robbery, sneak into a dog show, and capture a master criminal!