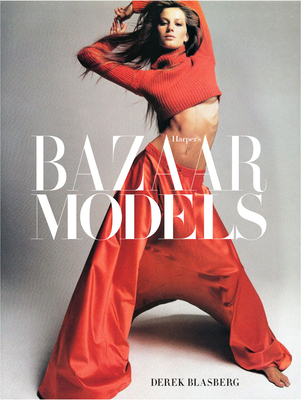 You know them by their first names: Christy. Naomi. Linda. Kate. Gisele. Their faces are unforgettable. They are supermodels, and the pages of Harper’s Bazaar are their stage–and the stage for fashion's biggest names. Harper’s Bazaar: Models gives an exclusive look at the top models that have graced the magazine for the last sixty years. Harper's Bazaar editor at large Derek Blasberg has selected twenty-eight women for this book from the publication's rich and diverse history: iconic beauties from Suzy Parker, Dovima, and China Machado to Iman, Patti Hansen, and Cindy Crawford–plus new stars such as Lara Stone, Hilary Rhoda, and Lily Donaldson.

Alongside essays written by Blasberg, who is a friend and confidant to many of the models, are more than 200 stunning photographs shot by leading photographers including Richard Avedon, Francesco Scavullo, Patrick Demarchelier, Peter Lindbergh, and more. Filled with revealing anecdotes and images from the archives, Harper's Bazaar: Models is a celebration of the gorgeous women who have lent so much inspiration and beauty to the pages of this visionary magazine.

Glenda Bailey has been the editor in chief of Harper’s Bazaar since 2001. She was born in Derbyshire, England, and was appointed an Officer of the Order of the British Empire in 2008. She resides in New York City.
Loading...
or
Not Currently Available for Direct Purchase