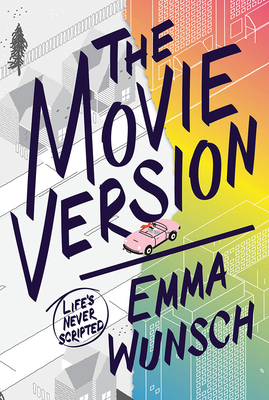 A whip-smart, heart-wrenching debut YA novel about first love, first loss, and filmmaking that will delight fans of Jandy Nelson and Jennifer Niven

In the movie version of Amelia’s life, the roles have always been clear. Her older brother, Toby: definitely the Star. As popular with the stoners as he is with the cheerleaders, Toby is someone you’d pay ten bucks to watch sweep Battle of the Bands and build a “beach party” in the bathroom. As for Amelia? She’s Toby Anderson’s Younger Sister. She’s perfectly happy to watch Toby’s hijinks from the sidelines, when she’s not engrossed in one of her elaborately themed Netflix movie marathons.

But recently Toby’s been acting in a very non-movie-version way. He’s stopped hanging out with his horde of friends and started obsessively journaling and disappearing for days at a time. Amelia doesn’t know what’s happened to her awesome older brother, or who this strange actor is that’s taken his place. And there’s someone else pulling at her attention: a smart, cute new boyfriend who wants to know the real Amelia—not Toby’s Sidekick. Amelia feels adrift without her star, but to best help Toby—and herself—it might be time to cast a new role: Amelia Anderson, leading lady.

Praise For The Movie Version…

"With a memorable, full-of-feeling narrator at its helm, this moving exploration of the effects of mental illness and a family’s new normal marks Wunsch as a writer to watch."

"Told in the first person, this narrative about a complex sibling relationship will resonate with readers."
— School Library Journal

"Wunsch’s debut offers a sometimes heartbreaking but ultimately hopeful portrait of a relationship that has changed forever but is still strong."
— Booklist

Emma Wunsch is the author of the Miranda and Maude chapter book series and The Movie Version, a young adult novel. She lives in Lebanon, New Hampshire. Visit her online at emmawunsch.com.
Loading...
or
Not Currently Available for Direct Purchase