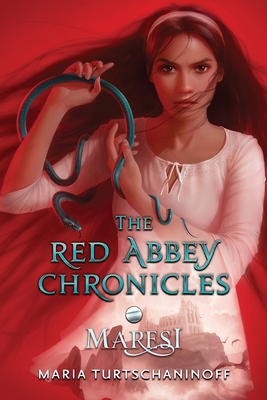 Only women and girls are allowed in the Red Abbey, a haven from abuse and poverty. Maresi, a thirteen-year-old novice who fled famine and loss four years prior, is happy in the abbey, safe under the protection of the Mother, contentedly doing her chores and stealing time in the vast library of the House of Knowledge. But then Jai, a girl with a dark past, disrupts Maresi’s idyllic existence.

Jai has escaped her home after watching her father and brothers bury her beloved sister alive in an honor killing. And when the dangers of the outside world follow Jai into the sacred space of the abbey, Maresi can no longer hide behind her books and routines—she must act.

Maria Turtschanino has been writing fairy tales since the age of five. She has been awarded the Finlandia Junior Prize, the Swedish YLE Literature Prize, and the Society of Swedish Literature Prize, the latter on two occasions. She has also been nominated for the Astrid Lindgren Memorial Award. Turtschanino has a Master of Arts in human ecology and works full-time as a writer. She lives in Finland.
Loading...
or
Not Currently Available for Direct Purchase