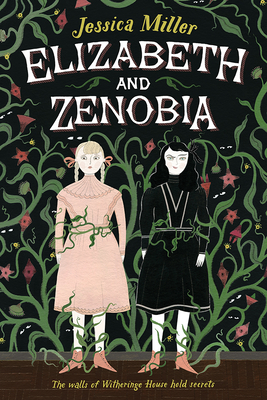 Jessica Miller is a children’s writer and PhD student from Brisbane, Australia. She currently lives in Germany. Elizabeth and Zenobia is her first novel.

Yelena Bryksenkova was born in Saint Petersburg, Russia; grew up in Cleveland; and studied illustration at the Maryland Institute College of Art in Baltimore (BFA, 2010) and the Academy of Applied and Decorative Arts in Prague, Czech Republic. She lives in Western New York.


Praise For Elizabeth and Zenobia…

**STARRED REVIEW**
"Miller's painstaking crafting of language and attention to atmospheric detail create a clever story where nothing is as it seems."
— Kirkus

"...an ideal mix of eerie gothic mysticism and realistic interpersonal dynamics, and fans of Auxier’s chilling The Night Gardener (BCCB 3/16) will find an excellent readalike here, right down to the eerie plant involvement in all that’s going wrong."
— Bulletin of the Center for Children's Books

**STARRED REVIEW**
"A vaguely Victorian setting, the snootily funny exchanges between the title characters, and the frequent references to other, cozier works of literature may lull readers into a false sense of security. Zenobia’s love of Poe gives a better idea of the story’s direction, as do the Gothic-feeling black-and-white illustrations."
— The Horn Book

"Miller’s novel is spooky and inviting...Give this debut novel to readers looking for an accessible read and a bit of a scare."
— School Library Journal

"Zenobia’s voice is the best part of this novel. Her macabre sensibility and world view make for a highly entertaining, sometimes hilarious, read."
— VOYA Magazine

"Bryksenkova’s stark b&w spot illustrations add to the overall creepiness. Readers will be absorbed by Elizabeth and Zenobia’s conversations, the complex and chilling plot, Elizabeth’s transformation from meek to brave—and the mystery of what, exactly, Zenobia is."
— Publishers Weekly
or
Buy Here
Copyright © 2020 American Booksellers Association