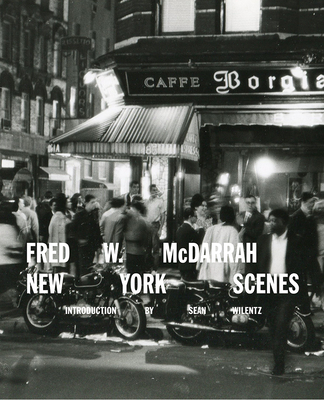 During his 50-year association with the Village Voice, Fred W. McDarrah (1926–2007) covered the city’s downtown scenes, producing an unmatched and encyclopedic visual record of people, movements, and events. McDarrah frequented the bars, cafés, and galleries where writers, artists, and musicians gathered, and he was welcome in the apartments and lofts of the city’s avant-garde cultural aristocracy. He captured every vital moment, from Jack Kerouac reading poetry, to Bob Dylan hanging out in Sheridan Square, to Andy Warhol filming in the Factory, to the Stonewall Riots. Through his lens, we see the legendary birth of ideas and attitudes that continue to shape the character and allure of New York today.

Sean Wilentz is the author of Bob Dylan in America (2010) and The Rise of American Democracy: Jefferson to Lincoln (2005), for which he won the Bancroft Prize. He is the Sidney and Ruth Lapidus Professor of the American Revolutionary Era at Princeton University. Wilentz’s father and uncle were co-owners of the legendary Eighth Street Bookshop in Greenwich Village, and he grew up in the world that Fred W. McDarrah captured with his lens. He lives in Princeton, New Jersey.
Loading...
or
Not Currently Available for Direct Purchase