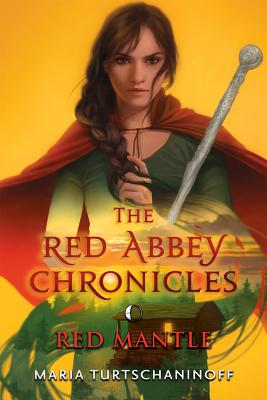 Red Mantle is the gripping conclusion to the critically acclaimed first two installments in the Red Abbey Chronicles, Maresi and Naondel. An epistolary novel, Red Mantle is told through the letters Maresi writes back to her friends and mentors at the Abbey. The novel continues the story of Maresi as she leaves the Abbey at Menos and returns home to the small, oppressed province of Rovas. There, Maresi is determined to spread the knowledge she has gained and start a school—but in the end, she will learn just as much as she teaches.

Maria Turtschanino has been writing fairy tales since the age of five. She has been awarded the Finlandia Junior Prize, the Swedish YLE Literature Prize, and the Society of Swedish Literature Prize, the latter on two occasions. She has also been nominated for the Astrid Lindgren Memorial Award. Turtschanino has a Master of Arts in human ecology and works full-time as a writer. She lives in Finland.
Loading...
or support indie stores by buying on