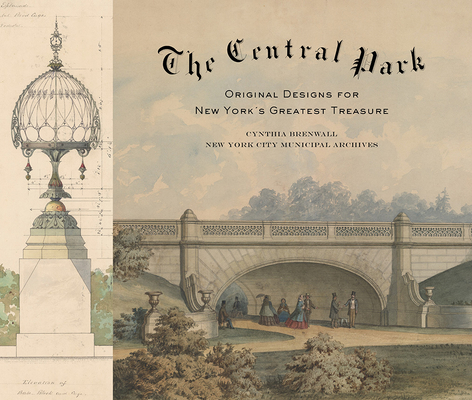 Drawing on the unparalleled collection of original designs for Central Park in the New York City Municipal Archives, Cynthia S. Brenwall tells the story of the creation of New York’s great public park, from its conception to its completion. This treasure trove of material ranges from the original winning competition entry; to meticulously detailed maps; to plans and elevations of buildings, some built, some unbuilt; to elegant designs for all kinds of fixtures needed in a world of gaslight and horses; to intricate engineering drawings of infrastructure elements. Much of it has never been published before. A virtual time machine that takes the reader on a journey through the park as it was originally envisioned, The Central Park is both a magnificent art book and a message from the past about what brilliant urban planning can do for a great city.