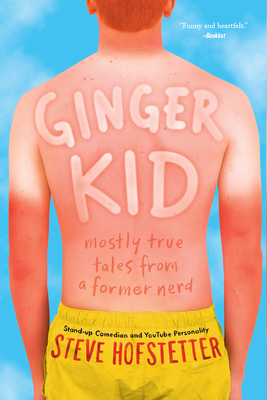 In Ginger Kid, popular comedian Steve Hofstetter grapples with life after seventh grade . . . when his world fell apart. Formatted as a series of personal essays, Steve walks readers through awkward early dating, family turbulence, and the revenge of the bullied nerds. This YA nonfiction paperback edition is sure to be the beloved next volume for any kid who’s ever felt like a misfit, and for those who dream big.