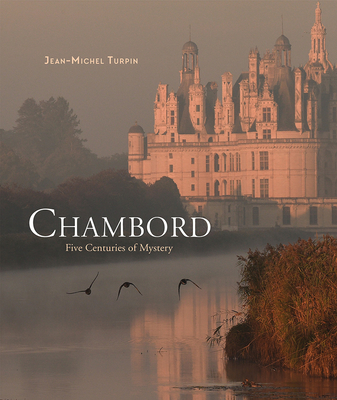 Chambord occupies a special place among French Renaissance châteaux. Designed by Francis I as a hunting lodge for his friends and family and subsequently transformed into an immense residence, Chambord is an astonishingly bold architectural creation. To mark the 500th anniversary of this prestigious piece of French heritage, Jean-Michel Turpin invites us into the château, and especially into lesser-known and mysterious wings of Chambord, and throughout its beautiful grounds in the Loire Valley. The story spans five centuries and is illustrated by archival and contemporary photographs, many never before published.

Jean-Michel Turpin is a photographer whose award-winning work is regularly published in prestigious magazines and other media. Stéphane Bern is a French journalist and a specialist in nobility and royalty. He has received the Ordre des Arts et des Lettres (France), the Order of Grimaldi (Monaco), and the Order of the British Empire (United Kingdom).